Brent Mawdsley, Square Dance Caller
Brent, his wife Therese, and daughters Amanda and Megan are from Vancouver, BC, Canada.

Brent began calling at the age of 13 and danced and called in the Pacific Northwest Teen Square Dance Festival (PNTSDF) for five years. In 1984, while attending the University of BC and obtaining a B.Sc. in Chemistry, Brent became the caller/teacher for his first club, the Campus Cavaliers. Since 1988, he has called and cued two to four nights per week, and currently calls for four clubs, one of them for over 32 years. Brent is a member of Callerlab and calls and cues for dance weekends and special events throughout the Pacific Northwest as well as regularly entertaining community groups with introductions to modern square dancing. He is also a staff caller with Riverboat Square
Dance Music and has made over 20 recordings.

Brent could not do all this without the love and support of his wife of over 28 years, Therese. In 2012 Brent and Therese were awarded the Caller Couple Scroll of Honour by the Vancouver area dancer association (FVS&RDA) in recognition of their dedicated service to the square dance community. 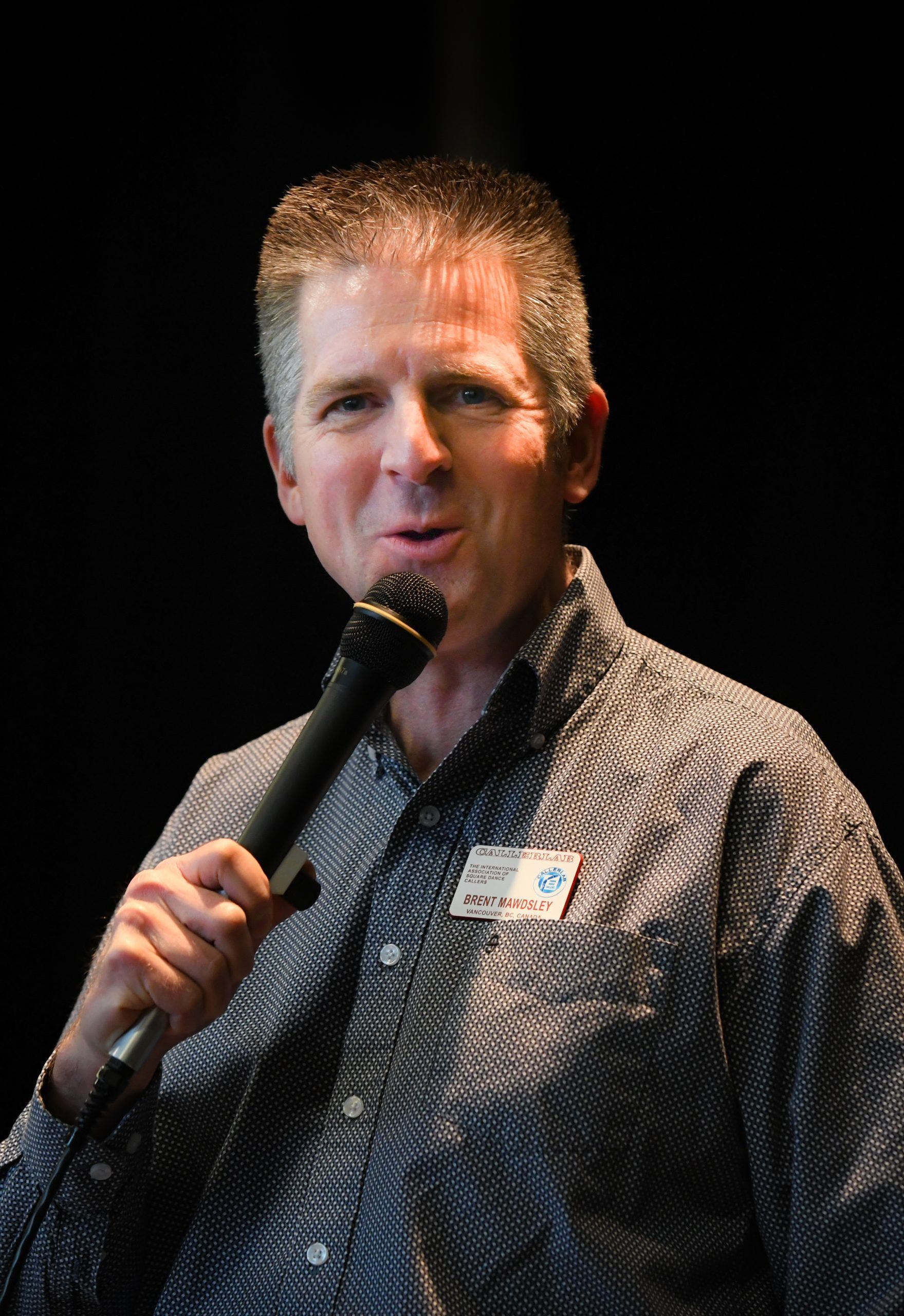